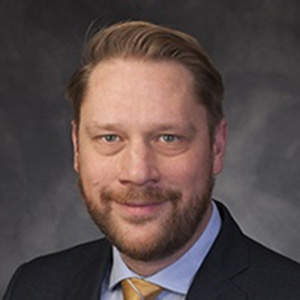 The US Federal Reserve’s (Fed’s) decision on 21 September to raise US interest rates by 75 basis points (bps) to 3% - 3.25% was well priced into the markets and, therefore, should come as little surprise to investors. The accompanying statement also contained little new information. Why did the markets react so strongly?

The devil, as the saying goes, is very much in the details. In this instance, we’re referring to the underlying message from the Fed. The announcement was accompanied by the FOMC’s latest economic projections, which included its closely watched Federal funds rate projections (the dot plot). It’s fair to say that the latest projections and Fed Chair Jerome Powell’s post-meeting press conference cemented an increasingly negative outlook.

What did we learn from the Fed’s latest projections?

We think two factors contributed to the Fed’s increasingly hawkish tone: First, although the employment picture had shown signs of softening earlier in the summer, recent data suggested that the labour market has strengthened since then. Second—and more important, in our view—was August’s outsized 0.6% (on a month-over-month basis) increase in core CPI.

Prior to the release of August’s CPI data, we had envisioned a more modest path that would have seen policy rates peak at 3.5%, with the final hike for this cycle arriving just before year end. Now, we expect Federal funds rate to hit 4.25% in early 2023; with the possibility of an additional 25bps added to the peak rate should forthcoming inflation data remain stubbornly strong. Should that happen, our forecast will mirror the Fed’s own projections. In other words, we’re now in data-dependent territory.

The way we see it, inflationary pressure will have to come back down to a more manageable pace (e.g., staying in the 0.2% to 0.3% range for a several months) before the Fed begins to consider pausing rate hikes. Put differently, there probably isn’t enough time between now and the next Fed meeting for inflation data to weaken sufficiently to reasonably justify a modest 25bps rate-hike in November—meaning that once again, the next hike is highly likely to be material. That said, the Fed could potentially provide the markets with a festive surprise in December and signal a willingness to slow the pace of hikes should upcoming economic data unfold in the right way (i.e., weaken significantly). That’s about as optimistic as we’d get.

We expect the Fed to start easing in 2023

We do, however, have higher conviction that the Fed will begin easing before the end of 2023 for two reasons:

See all
see all