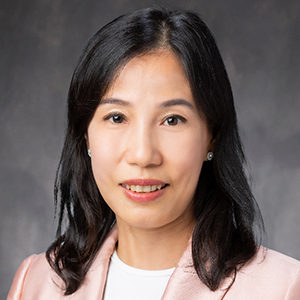 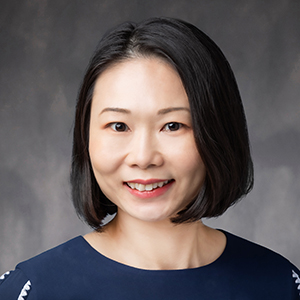 On 24 February, Russian forces launched a military attack on parts of Ukraine. Since then, numerous Western nations have responded by imposing a range of sanctions1. In this investment note, Fiona Cheung, Head of Global Emerging Markets Fixed Income Research, and Judy Kwok, Head of Greater China Fixed Income Research, outline the event’s impact on China’s credit markets, noting that the effect on investment-grade credits is currently limited, with domestic factors largely driving the challenging high-yield outlook.

Although the Russia-Ukraine military conflict has sent tremors through global markets, the impact thus far on China credit has remained minimal.

Geopolitical events such as war are extremely fluid, with broad and rapidly shifting implications for economies and markets. The most immediate impact of the ongoing war and associated sanctions against Russia is the fear of global supply shortages of energy, grain, and metals. The absence of the Russian supply of fertilisers may result in a long-term decline in the supply of agricultural products, or even a food crisis. High and rising commodity and food prices could push the global economy towards further stagflation and weaken the recovery from the pandemic.

China – as a voting member of the Security Council and because of its closer diplomatic relationship with Russia – will inevitably be impacted by developments. Chinese companies may be directly affected by rising volatility and prices in commodity markets, as Russia is a key producer and exporter of energy and rare earth metals. Also, offshore funding could be hindered as capital markets are disrupted by geopolitical events. However, sovereigns like China with a stronger balance of payments and robust current account surplus and foreign currency reserves may prove to be particularly resilient against these potential shocks.

Sectors on the radar of investment-grade credits

Overall, based on the current situation and package of sanctions, we don’t yet see a negative impact on segments of China’s credit market, although this assessment could change. Investors should keep their eyes on two important sectors in the investment- grade space: financials and energy.

Financials: China’s financial sector has limited direct exposure to the Russian economy, or to financial counterparties in Europe that may experience a weakening of their capitalisation and liquidity position. While the decision to remove Russian banks from the SWIFT financial messaging network does not affect China directly, domestic financial institutions may undertake efforts to develop an alternative system with Russian institutions, while strictly adhering to the current sanctions regime.

Energy: China has broader energy ties with Russia, including a recently signed 30-year agreement for natural gas delivery. Some state-owned firms also have minority stakes in Russian liquid natural gas projects 2. However, the country is not overdependent on Russian energy imports, and still has a diversified energy base and rich domestic coal deposits.

Since energy is currently not included in broader sanctions (although the US has banned Russian oil, liquid natural gas, and coal exports), we believe the exposure of Chinese energy companies is limited. Furthermore, capital-raising activities are not likely to be adversely affected, as some prominent state-owned companies are already on US sanction lists.

The outlook for the high-yield (HY) space remains challenging due to the real estate sector. Although some high-profile large developers defaulted in December 2021, the amplified financial distress caused by those events has led to weaker sentiment and reduced liquidity, judging from the several distress cases in January and the latest February contracted sales data.

This, in turn, has negatively affected stronger and higher-quality developers rated from “BB” to “B”, which previously were thought by investors to be less risky. This distress is also starting to seep into the stronger onshore credit market, leading to more volatility. We believe more defaults of high-profile names are expected to come.

These developments broadly align with our original thesis that the rebound of the real-estate sector will be gradual. The sector will take several years to deleverage and transform into a right-sized but more financially stable and commercially viable industry.

In the meantime, we have seen some positive developments since our last update in government policies, although there likely needs to be stronger support. Starting in December 2021, the People’s Bank of China adopted a more accommodative monetary policy stance, lowering the one-year loan prime rate by 5 basis points (from 4.65% to 4.60%), as well as the mortgage reference rate. Locally, mortgage rates in nearly 90 cities have been reduced to help cushion the downside and several cities have relaxed down-payment rules to boost affordability for home buyers.

Moving forward, we believe investors should pay attention to three key catalysts in the short to medium term:

As the speed and volatility of recent geopolitical events illustrate, we believe robust research and due diligence is paramount in credit selection. Many of the risks in the current environment are due to economic linkages that may not be apparent from cursory analysis. Indeed, our bottom-up credit research includes careful examination of companies’ fundamentals including customer concentration and cash flow sources, as well as stress tests of potential punitive actions, which carefully inform our decisions to invest.

1 A raft of sanctions including on the Central Bank of Russia and other Russian banks; as well as access to global payments systems and high-tech equipment exports.